The original organ in the present building was built in 1930 by the Austin Organ Company of Hartford, Connecticut at a cost of $15,900. It contained 26 ranks and was divided between two chambers located in the Chancel of the Church and completely under expression. It was an instrument of 3-manuals plus pedal and served Gary United Methodist Church in Wheaton, IL, for 60 years without change. In 1990, a solid-state combination action was installed in the console and a few tonal additions made.

In 2003, the Bradford Organ Company of Evanston, Illinois took charge of the maintenance. Under their direction, several tonal changes and additions were made and a completed specification drawn up based upon plans set forth in 1990. In 2006, the console underwent a complete renovation including new stop jambs and keyboards. At present, the organ contains 45 ranks plus console preparations for 3 digital ranks in the pedal.

A trompette-en-chamade was added in 2011 and first used on Easter Sunday that year. 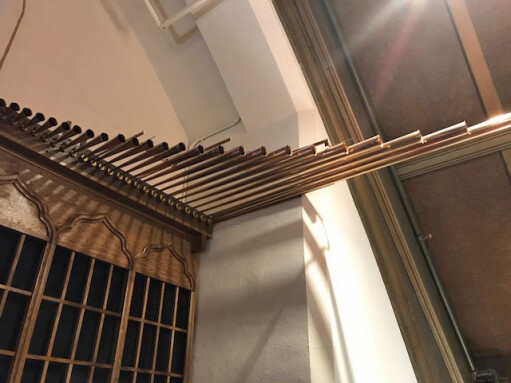